For those of you who may have thought about giving Blood On Blood a try but haven't yet, I have posted below a random chapter as a way to give a little trial to the book. Hopefully you'll like what you read and give us a try. I'll do one more chapter in a day or so that features the other main character, Mick.

Now, one of the Sawyer brothers. Jerzy.


The parking garage is full, but I park in a nice big handicapped spot. In the glove compartment is my old wheelchair card and I string it on the rearview mirror. Stole it years ago out of some old hag’s Caddy and it still comes in handy.


Tonight, as with most nights, the Ambrozy Club on the corner of Division and Milwaukee is hopping. I can hear the out-of-date music, or maybe it’s that stupid techno Euro-trash, thumping from here. An old style Chicago lounge to its very roots and the patronage is as Polish as Krakow.


Crossing the street, I pat my leather coat in a couple of spots just to make sure I got everything. Fishing out a cigarette, I light up and start walking down to the far corner of the block. Against the wind.


This is a place where I used to do some business from time to time and I have an unpaid bill to collect from someone here. I just got released from Joliet a month ago and now it’s time to make the rounds. Finish up some old deals and start some new ones. I gotta make some appearances. Outta sight, outta mind, right? I always want to be on people’s minds. For almost everybody, I want to be their worst nightmare.


So watch the fuck out world, ‘cause Jerzy is back in town.


Finally, I reach the alcove and walk through the front door into a dark foyer. Place hasn’t changed a bit. There’s the old fashioned coat rack on my left. Same low ceiling and long narrow bar.


There isn’t an open seat in the place and hardly anywhere to even wedge in at the bar. Its standing room only, baby, and I can feel the electricity. Hell, I can smell it. Music, smoke, women and booze await me. Speakin’ of women, after business gets done, that wouldn’t be all bad tonight, either.


One problem, though, and now it’s standing right in front of me. When I came in, a big bastard who had been perched on a stool over to the far right stood up like he’d been shot out of a damn cannon. Big tanks that lumber you can handle, but the ones that move like a big cat are usually trouble.


I look him up and down.


“Who the fuck are you s’posed to be? You gonna check my I.D. for being underage or sumthin?” I asked him, and I bowed up a little and shifted over to my left. Just a little bit. If I’m in too tight I can’t throw that first shot very well.


“You a member?” he asked. “Can’t come in here anymore if you’re not. Private club.”


“Ambrozy still own this place?”


The guy just stares at me, chewing on that.


So, here we are then. I stare at him some more. Music pumps around us and the multicolored, revolving lights play around the room and across us. A girl screams over in the far corner, says something in Polish and then laughs hysterically.


The big guy smiles at me now, showing a gap where an incisor should be. Nice little scar running from his chin to almost his ear too. So somebody has snuck one or two in. It ain’t impossible, anyway.


That makes me grin.


“Yeah,” he says, “the old man still owns it and he pays me good to keep smartasses like you the fuck out.”


“If Ambrozy stills owns this place,” I smile again and give him a wink, “and you, then I’m a member you goofy bastard. Now step the fuck aside.”


I think on that for a quick second and get ready to hit him square in the throat. He is wide open to that. It can bring you down quick. Seen a guy killed that way one time. This fucker has a neck like a goddamn giraffe or something. Sure doesn’t fit the rest of his gorilla-ass body. Never seen anything like it.


“Now!” the big man says and begins to move forward.


Behind him, I hear a voice yelling my name.


“Jerz! Hey Jerzy! What the hell? How you doin’, man?” It’s Patrik Dudek peeking around the shoulder of the big bouncer and waving me in. “Come on and let me buy me you a drink, ya prick. On the house.”


I spread my arms and look at him. “Patty, look at you with the white shirt and tie. Whatta you doin’, man? You the manager of this dump or somethin’?”


Patrik comes around the big guy and gives him the look. “Kos, is there some kinda problem here? Whatta you trying to do here?”


The big guy‘s smile is gone now and so is his posture. The air has gone out of him. In fact it’s rushed out of him.


“Kos, you got no sense. You got no history here, either. This is Jerzy. Jerzy Sawyer.” He gets into the big guy’s face even more. “Do you have any fucking idea who he is?”


The bouncer’s eyes get a little big with my name. “He didn’t tell me his name, boss.”


“This guy’s done some very good things for my family down through the years. He’s helped us. I grew up with him. My dad’d do anything for Jerzy.”


Everybody is staring at each other.


“Yeah. And, well, I’m sorry, Mr. Sawyer.” I could tell he was only saying that for the benefit of Patrik but it helped put him in place a little more.


“Jesus, Kos, don’t call me mister. I ain’t that fuckin’ old.” I laugh and shake the guys paw. I’m giving him the best grip I got and clamp it on him. The guy looks down at my hand and his expression changes. He tries to tighten up on the shake but it’s too late. I smile some more at him.


I’m laughing it up now.


Patrik claps me on the shoulder. “All right, good. We’re all straight here. Jerzy, you’re damn right I’m the manager now. So let’s go. There’s a bottle of Belvedere in my office calling us.”


Patrik leads the way to the back. As we walk by Kos, I grab the big guy around the neck and fake a punch to his ribs. Playful like, all shits and grins. He grins back at me and then I tighten the grip around his neck and lean in. The music is really loud again now. I swear it’s the fuckin’ Bee Gees from Saturday Night Fever. The colored disco lights wash over us again.


I motion him and he gives me his ear.


“So anyway, just know this. I’m gonna hurt you. Like real soon.”


I give him one more real hard yank on the neck, smile my best smile and follow Patrik. I know he’s watching me walk away and I like that.


We weave through the crowd at the Ambrozy. The men move aside and a few nod at me. The women look at me and think what I’m thinking. I like that, too.
Hell, I like it all.
Posted by Unknown at 8:28 AM 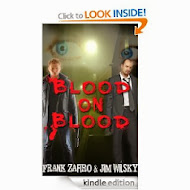 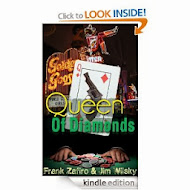 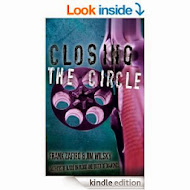 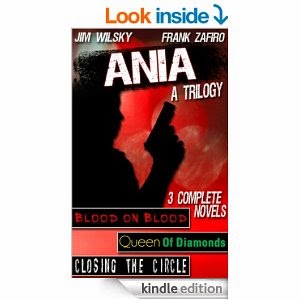 2-1-13 / New Anthology available from Chris Rhatigan at All Due Respect. My short story Severance is included. Available at Amazon here http://www.amazon.com/All-Due-Respect-Anthology-ebook/dp/B00B8A9RJQ/ref=sr_1_1? for only 99 cents.

8-24-12 / New short today at the always popular Shotgun Honey. Proud to be up over there. Stories change fast, head on over to check out Hell's Belle.
http://www.shotgunhoney.net/2012/08/hells-belle-by-jim-wilsky.html

8-13-12 / My new short Black Velvet is up over at Yellow Mama. One of the best ezines around! Strong issue with some great stories. http://blackpetalsks.tripod.com/yellowmama/id852.html